2016 marks three years of record warmth for the globe 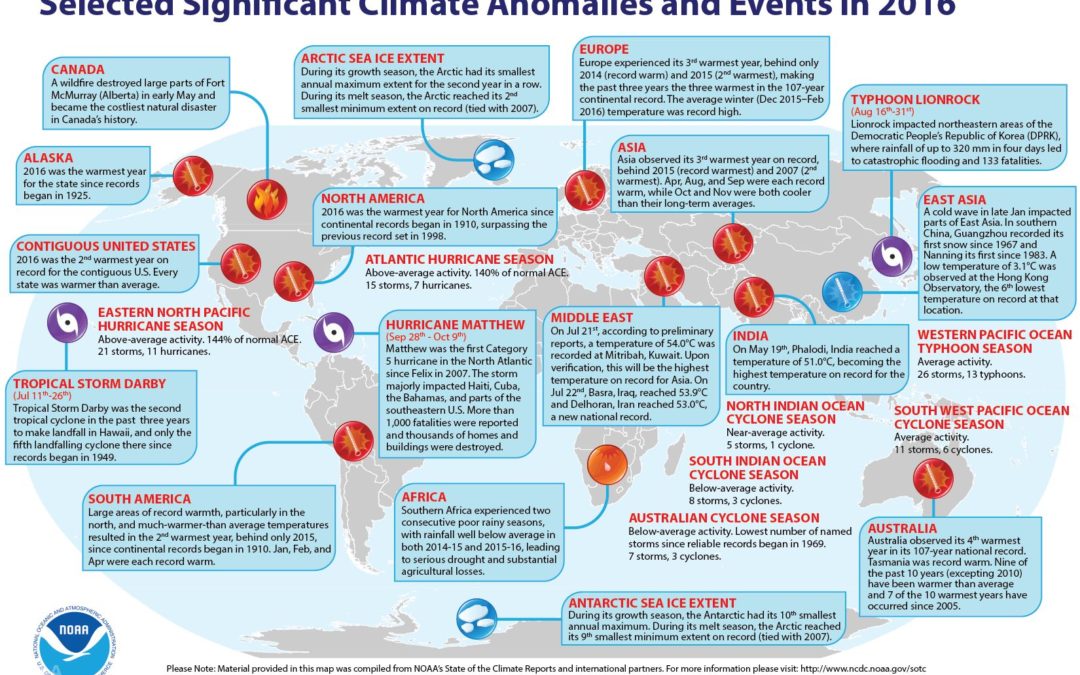 With a boost from El Nino, 2016 began with a bang. For eight consecutive months, January to August, the globe experienced record warm heat.

With this as a catalyst, the 2016 globally averaged surface temperature ended as the highest since record keeping began in 1880, according to scientists from NOAA’s National Centers for Environmental Information (NCEI).

Despite the cooling influence of a weak La Nina in the latter part of the year, the year ended with the third warmest December on record for the globe, with an average temperature 1.42 degrees F above the 20th century average.

In a separate analysis of global temperature data released at the same time, scientists from NASA also found 2016 to be the warmest year on record….