Danger of fisheries being sidelined in Brexit talks 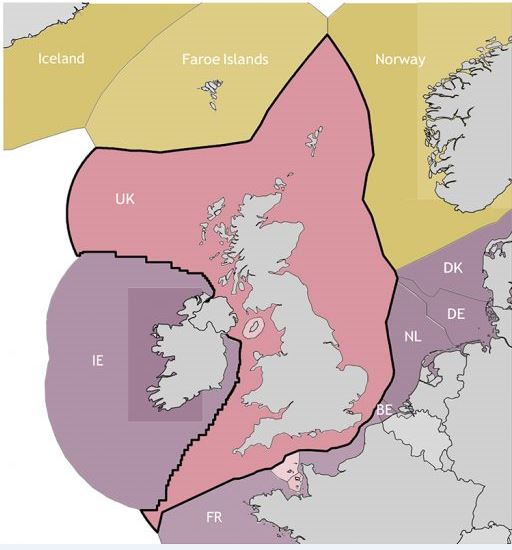 Lords report: ‘Expectations may be hard to deliver’

A new Parliamentary report on Brexit and Fisheries says the government faces ‘a huge challenge’ to achieve a successful outcome to the Brexit negotiation on fisheries, reports Tim Oliver.

Above: Map showing relationship between different boundaries used under national and international obligations at a UK scale (2014): Based on Joint Nature Conservation Committee. The UK EEZ is adjacent to six EU countries: Ireland, France, Belgium, the Netherlands, Germany and Denmark, as well as non-EU countries such as Norway and the Faroe Islands and non-exclusive high seas.

Lord Boswell, chairman of the House of Lords EU Select Committee that produced the report said the forthcoming talks would be probably ‘the most important peacetime negotiations in our history’.

The report covers all aspects of the opportunities and challenges Brexit will mean for fisheries. It warns of the dangers of fisheries being marginalised in the Brexit negotiations because the industry is such a small part of the overall UK economy.

It says the Brexit vote ‘has raised expectations for the future of fisheries policy that may be hard to deliver’. While the UK will be able to develop a domestic fisheries policy and control fishing activity within its EEZ, continuing co-operation with the EU and other neighbouring states will be ‘crucial’ to the sustainability of shared stocks.