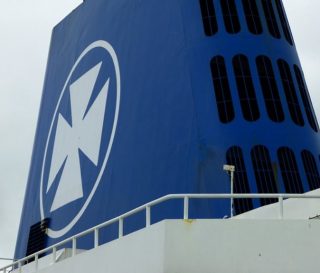 Danish shipping and logistics company DFDS has entered into agreements to expand both port terminal and route capacities in order to accommodate the volume increase of around 30% in the Mediterranean.

The company inked an agreement for the use of a recently built RoRo terminal in Yalova for a 10-year period. The facility is located southeast of Istanbul.

DFDS will thus have departures from three port terminals in Istanbul — Ambarli, Pendik and Yalova.

The new port terminal agreement in Yalova is expected to increase the company’s investments in 2018 by around DKK 450m (around USD 68.6m) comprising mainly prepayments allowing the Yalova terminal to expand and improve the terminal.

DFDS will also increase ships capacity by allocating further ships to this market, including two new freight ferries to be delivered from a Chinese shipyard in the early part of 2019. The ships will be the largest ever…(Read More) Source:https://worldmaritimenews.com/archives/267332/dfds-expands-terminal-route-capacities-in-the-mediterranean/