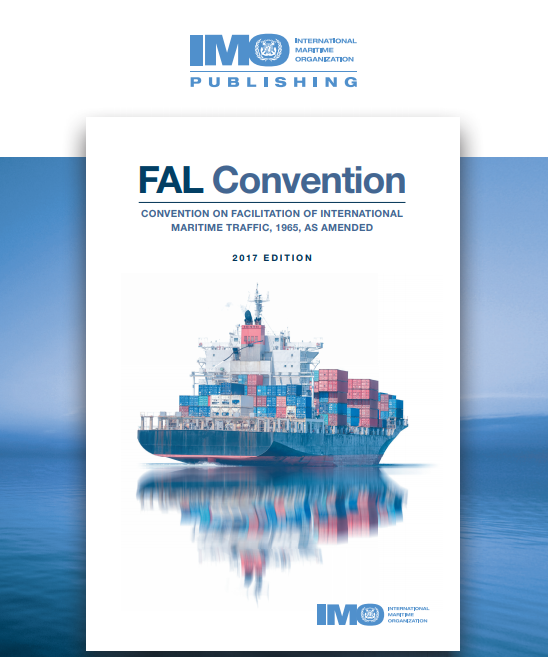 The backorders for “FAL Convention, 2017 Edition” will be released in early December. This new edition will render obsolete the previous 2011 edition.

This title will eventually be printed in all six UN languages – Arabic, Chinese, English, French, Russian and Spanish.

This consolidated edition of the FAL Convention includes the 2016 amendments adopted at the fortieth session of the FAL Committee which enter into force 1 January 2018. These amendments introduce new definitions for Cargo Transport Unit (CTU), clearance, freight container, the International Ship and Port Facility Security (ISPS) Code, master, ship agent, shipper and single window. Electronic exchange of information will be mandatory from 9 April 2019 with a transition period of no less than 12 months. The text now refers to the use of ‘Single Window’ systems and has been revised in a gender-neutral format. Three additional documents have been introduced for ship’s clearance that may be required by the shore authorities, i.e. Security-related information as required under SOLAS regulation XI-2/9.2.2, Advance electronic cargo information for customs risk assessment purposes, and Advanced Notification Form for Waste Delivery to Port Reception Facilities. Additional guarantees have been included relating to the shore leave of crew members. All IMO FAL forms, with the exception of the Ship’s Stores Declaration (IMO FAL Form 3), have been revised.