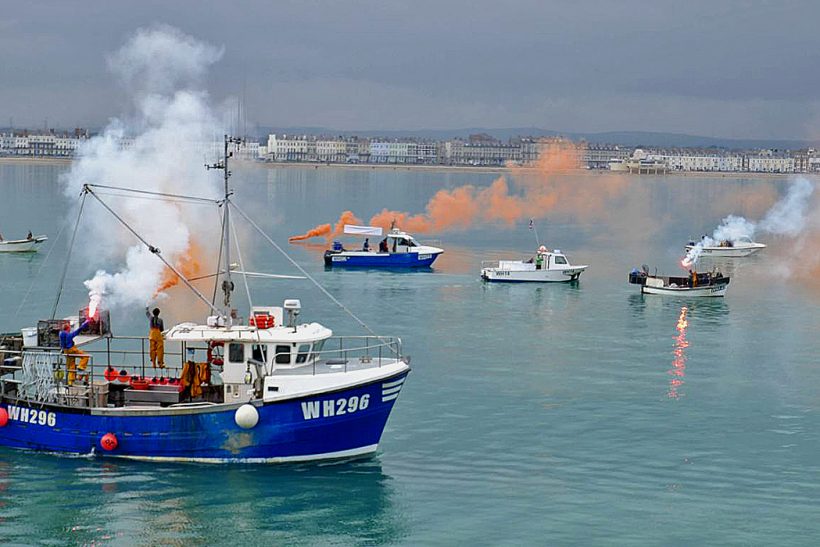 Fishermen have held mass port demonstrations in a show of unity to protest against the two-year Brexit transition period that could threaten the survival of many smaller boats, reports Tim Oliver.

Around 200 vessels mobilised in flotillas at several ports in England and Wales and were supported by thousands of members of the public. Ports included Whitstable, Hastings, Portsmouth, Milford Haven and Weymouth, with the largest turn-outs in Newcastle and Plymouth – some 55 vessels took part in the latter port.

Organisers Fishing for Leave (FFL) welcomed the success of the demonstrations and thanked members for their hard work and the public for their support.

The group said it was now important that the politicians pay heed not only to the fishermen but the thousands of people who turned out at short notice, to support from the quaysides. A minibus was even hired for supporters from Stoke-on-Trent.

“They did a fantastic job and should be massively proud of showing politicians the depth of feeling in coastal communities that are not prepared to be betrayed a second time without a fight,” said FFL’s Aaron Brown.

“These were peaceful protests conducted with black humour and high professionalism, even when… (Read More) Source: http://fishingnews.co.uk/news/fishermen-ready-for-brexit-fight/