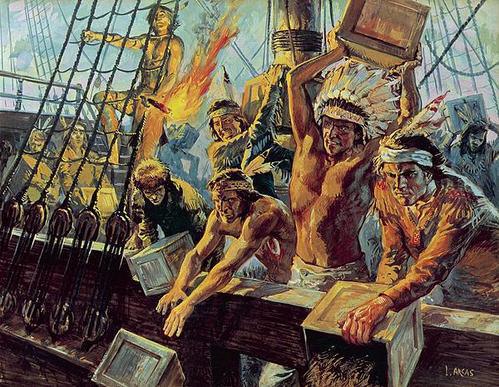 On this day back in 1773 the “tea crisis” in Boston came to a head. Members of the Sons of Liberty disguised as Mohawk Indians were armed with an assortment of axes. They quietly boarded three ships

The implication and impact of the Boston Tea Party were enormous; the event directly led to the sparking of the American Revolution on April 19, 1775.