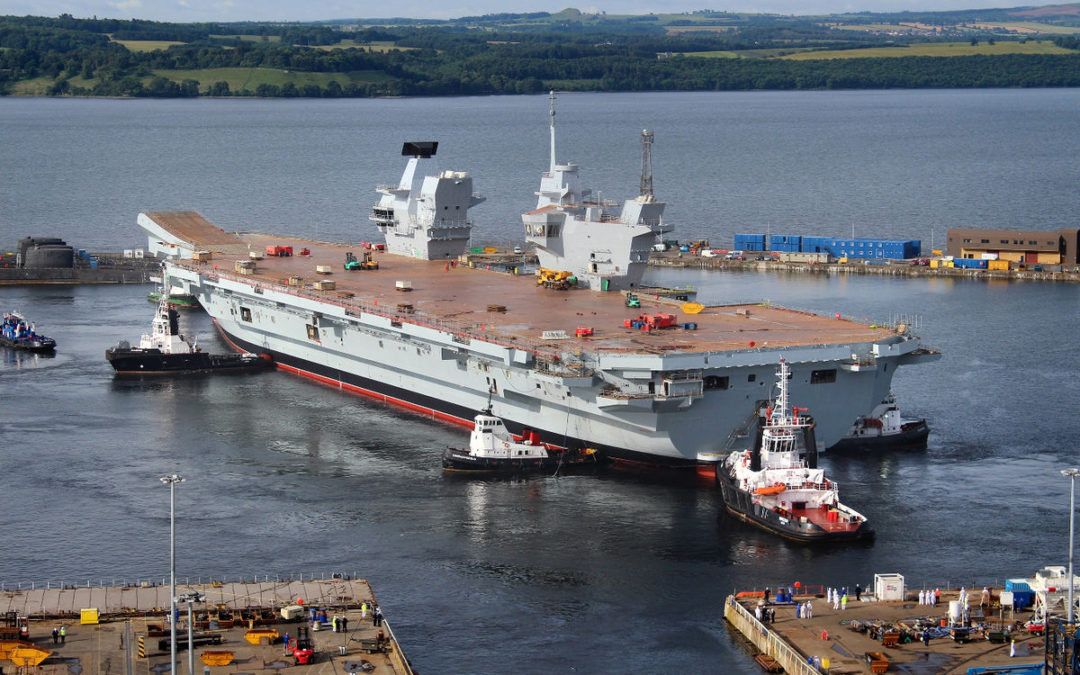 The Royal Navy’s new aircraft carrier has left its home port for the first time. HMS Queen Elizabeth – one of two new carriers being built at Rosyth dockyard in Fife at a cost of more than £6bn – is to begin sea trials. It is the largest warship ever built for the Royal Navy. The flight deck alone is the size of three football pitches. The ship is now waiting for low tide to go under the Forth bridges. Once in service the ship can operate with a crew of 1,000 and 40 aircraft.

The 65,000 tonne warship is the Royal Navy’s first aircraft carrier since HMS Ark Royal was scrapped in 2010.Source: BBC News