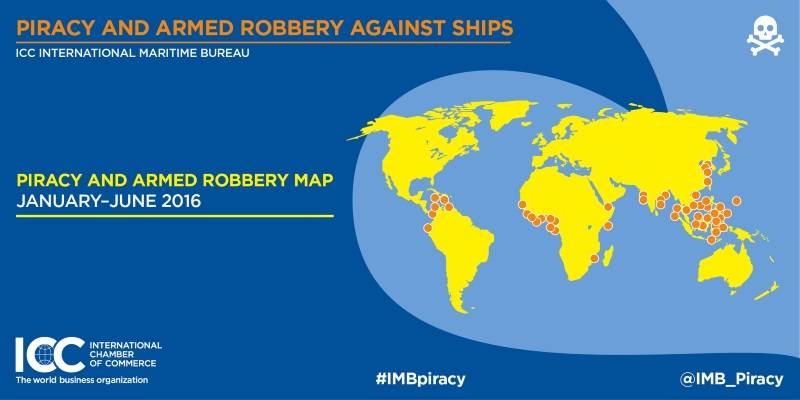 Piracy and armed robbery at sea has fallen to its lowest levels since 1995, despite a surge in kidnappings off West Africa, according to a new report from the International Chamber of Commerce’s International Maritime Bureau (IMB).

IMB’s global piracy report shows 98 incidents in the first half of 2016, compared with 134 for the same period in 2015. When piracy was at its highest, in 2010 and 2003, IMB recorded 445 attacks a year. In the first half of 2016, IMB recorded 72 vessels boarded, five hijackings, and a further 12 attempted attacks. Nine ships were fired upon. Sixty-four crew were taken hostage onboard, down from 250 in the same period last year.