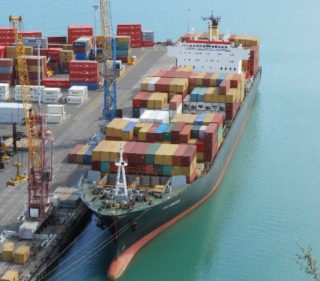 The proposed 350-metre wharf on the northern edge of the container terminal was approved by three independent commissioners, engaged by Hawke’s Bay Regional Council to review the applications.

The approval follows a three-year long consultation process with the aim of minimizing the project’s environmental impact, especially the proposed dredging program of the project.

Napier Port Chief Executive Todd Dawson said that some stakeholders will not be pleased with aspects of the decision – both those campaigning for dredge material to be deposited near Westshore and those who wanted it further than the proposed 5km offshore…(Read More) Source:https://worldmaritimenews.com/archives/264073/napier-port-to-make-room-for-larger-ships/