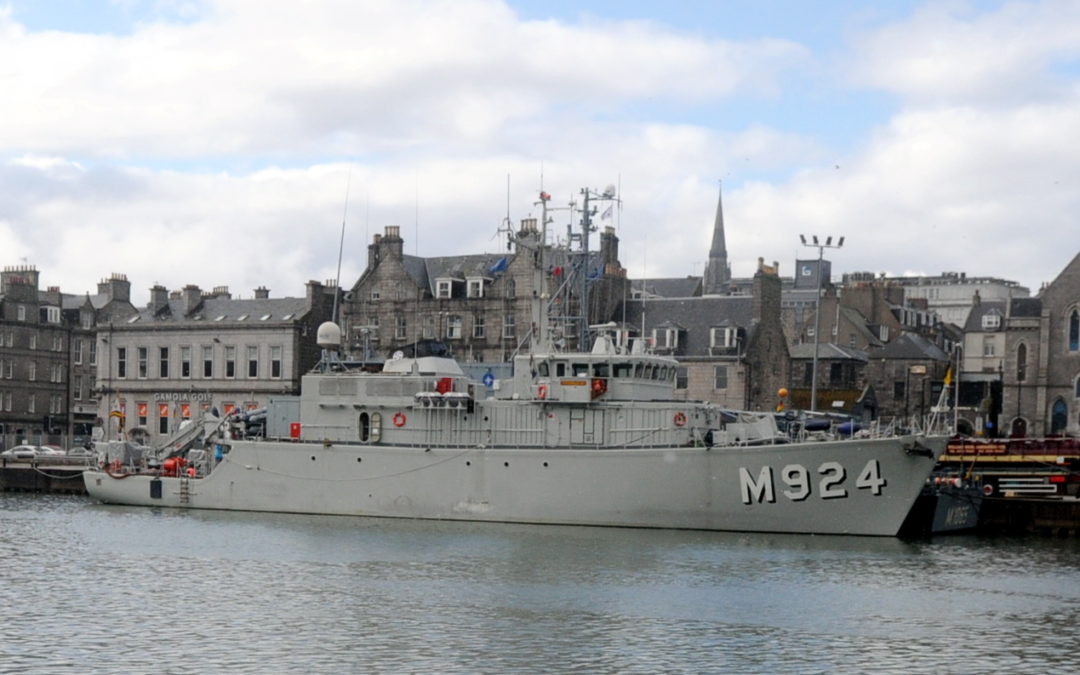 Sailors from eight Nato countries wave farewell to Aberdeen today as they set off on the next leg of their deployment.

Almost 350 crew members spent the weekend in the Granite City, enjoying some rest and recuperation after taking part in a major exercise. Some of the crew’s families flew in to join them in the city before they move on to Stavanger in Norway.

The vessels – including Royal Navy minehunter HMS Grimsby – together make up the Standing NATO Mine Countermeasures Group 1 (SNMCMG1). It played a key role in the UK-led Joint Warrior war games off the Scottish coast, after making a 1,500-mile trip through very heavy seas from the Baltic to join up. This year, Joint Warrior was combined with Nato’s own Noble Mariner exercise, designed to test interoperability, readiness and capabilities. The exercises were disrupted for a day when some of the ships taking part were sent to monitor a Russian naval force headed past Britain bound for Syria.