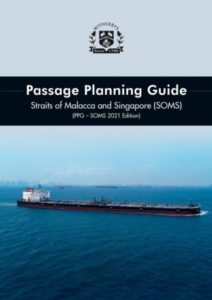 Since the first edition of this Guide was published, in 1998, concern among the coastal States, major cargo importers, ship owners and Masters over navigational and environmental safety in the Straits has continued. The Straits remains one of the busiest and most congested seaways in the world, before 2020, and the carriage of cargoes in this region increased year on year.

During the preparation of the first edition of this Guide, and with the goal of improving safety in the Straits, SIGTTO as original authors met with Masters familiar with the area, experienced shore based personnel and knowledgeable personnel from a number of marine organisations. This interest and participation of all continues and is intensified by regional concerns.

During the development of the second edition it was observed that the discussions regarding problems in the Straits were applicable to all classes of ship. Therefore, it was agreed that SIGTTO would transfer the title to Witherby Publishing Group, who would publish subsequent editions of this Guide for the benefit of all classes of ship, changing the focus from gas carriers.

This 2021 Edition incorporates regular feedback received from Straits Pilots since the release of the 2019 Edition.