Shipowners Still Not Ready to Give Up Control to Intelligent Vessels 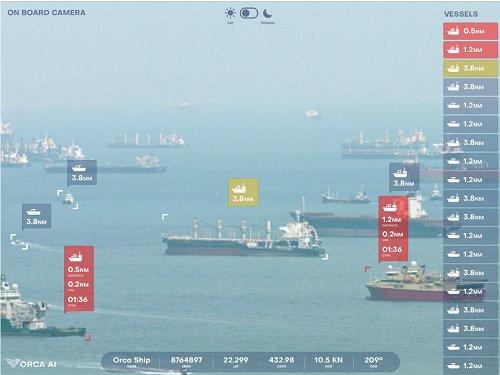 Shipowners seem to be hesitant to relinquish control of their vessels in favor of autonomous solutions, as they trust their captains and crews more than smart technology.

In general, the shipping industry’s approach to new technologies has been described as “conservative”, especially when it comes to autonomous solutions that could theoretically replace the crew.

This has led to the slow adoption of solutions that are vital to reducing collisions, Yarden Gross, CEO of Orca AI revealed in an interview with World Maritime News.

In order to overcome the maritime industry’s fear of new technology adoption, the company has designed the Orca AI system to be “a tool that the crews can use, not to replace the crew.”

Established in 2018, Orca AI has the vision to reduce human-caused errors through intelligent automated vessels. The company was founded by Yarden Gross and Dor Raviv, who both have served in the navy and know the industry and its needs.

“We realized that despite the technological advances being adopted for other modes of transport, the shipping industry is lagging behind. This is due to a variety of factors, including that the maritime environment requires navigation and collision avoidance technology, which need to be specifically suited to the industry and that’s what we seek to provide,” Gross said.

“We want to help create an ecosystem that will lead us to autonomous ships while keeping in mind that we’re not quite there yet.”

He added that there are things that need to be done to improve safety now — providing collision avoidance technology that works for ships.

As informed, 3,000 marine collisions occur each year and more than 75% are due to errors in human judgment. According to Gross, this is alarming as current navigational tools require a significant reliance on human judgment, which leaves room for costly error.

“Our immediate goal was to create a solution that would help ships use AI safely navigate zero and extremely low visibility conditions and crowded waterways, where the majority of collisions take place. Our solution minimizes the opportunity for errors in judgment, thereby reducing the chances of collisions.” (read more) source – https://worldmaritimenews.com/archives/272810/orca-ai-shipowners-still-not-ready-to-give-up-control-to-intelligent-vessels/