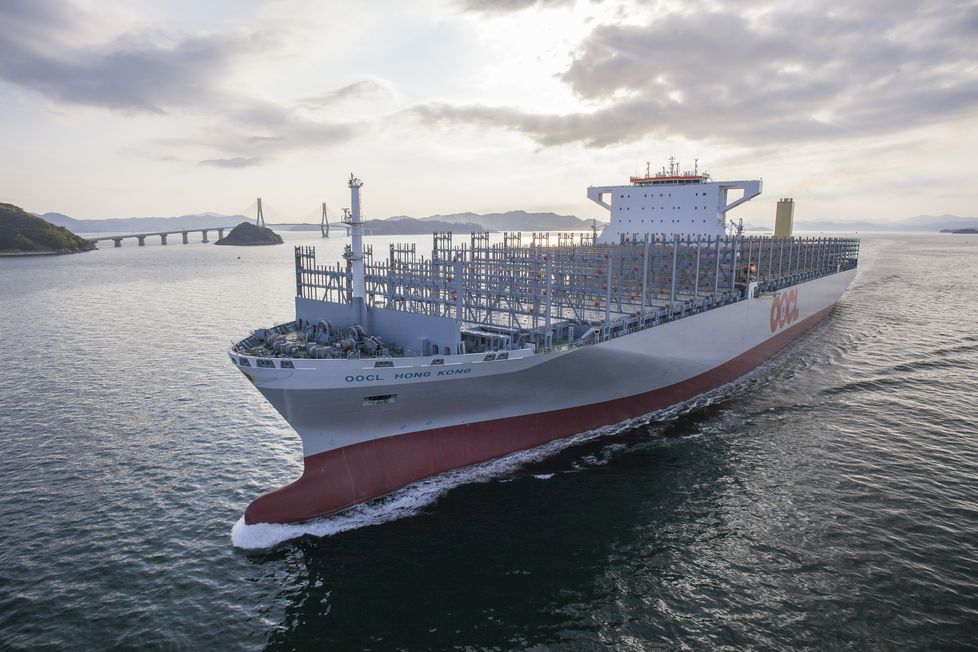 Additional phasing in of ultra-large container vessels (ULCV)– with a nominal capacity in excess of 18,000 TEU-on the Asia to North Europe trade

lane could double their capacity share on the trade by next year, market intelligence provider in the container shipping industry SeaIntel says. There are 58 ultra-large vessels currently in operation, with 47 to be delivered – predominantly in 2017, and 2018.

The mega container ships currently have a 35% deployment share of the trade, as carriers have been phasing in their 18,000 TEU+ sizes on Asia-Europe string as they eyed benefits of economies of scale. This has resulted in cascading of ships from the Asia-Europe trade since the launch of Maersk Line’s E-class ships 11 years ago. The yet to be delivered 47 newbuilds are expected to also be phased into the Asia-North Europe trade lane, according to  SeaIntel. “If the capacity deployed on this trade lane grows by 5% annually for the next two years, we will see the share of ultra-large vessels jump to 61% by the end of 2018 – double of what it is today,” SeaIntel said. The injection of larger vessels brings with itself a number of complications.

Firstly, it will serve as a dampener on the future freight rate levels, as they to a significant degree will be influenced by the low slot costs offered by the ultra-large vessels.

Secondly, it will increase the load on the ports and terminals although the number of containers that need to be handled won’t change.

“The ultra-large container vessels lead to an increase in massive bursts of containers to be handled at once, rather than being spread across the week, which can pose a major challenge to ports and terminals, and downstream on the hinterland,” SeaIntel CEO, Alan Murphy said.